The dedication of Ruth Lubic to improving how childbearing happens in her community has expanded beyond her local centers. She set up a model to be followed by many birth centers across the U.S. and has even had some international influence.

Ruth Lubic was born in 1927 in Pennsylvania. Her parents owned and managed a drug store, which she frequently helped them out with. She worked very hard from an early age, and throughout her life accomplished many things on behalf of herself, nurses, midwives, and mothers alike. 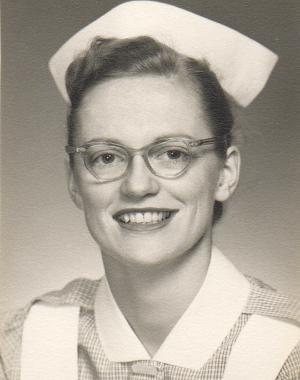 When she was a nurse in the 1950s, hospitals had very limiting rules. When running vitals, she was not even allowed to tell a patient their blood pressure or temperature. She had little to no power in the hospital, and patients had even less. She could not explain the details of what was going on with a patient to that very patient, despite being completely competent, empathetic, and well trained. All information had to pass through the overseeing physician. From these unfair situations she became quite focused on the autonomy of nurses and patients, specifically that of women.

Lubic went on to open the first state-licensed and accredited free-standing birth center staffed by nurse midwives in the United States, the Child Bearing Center on East 92nd Street in Manhattan. That was in 1975. This center mostly served middle to upper-middle class families, so she knew it was important to expand her outreach to underserved communities. In 1988 she founded the Morris Heights Childbearing Center, and in 2000 she opened the Developing Families Center in Washington D.C.

In honor of her efforts to preserve natural births, and advocate for the autonomy of women and nurses, Ruth Lubic has earned several awards in her lifetime. To name only a few: in 1993 Lubic was the first nurse to be awarded a MacArthur Fellowship; she has earned honorary doctorates from 5 universities; the Institute of Medicine awarded her with a Gustav O. Lienhard; she received a  Foundation Founders Award from ACNM in 2001, as she was their first executive director; the American Academy of Nursing named her a “Living Legend”; and the Rockefeller Public Service Award was given to her by Princeton University.

Written by Gabrielle Cappelletti, the intern.